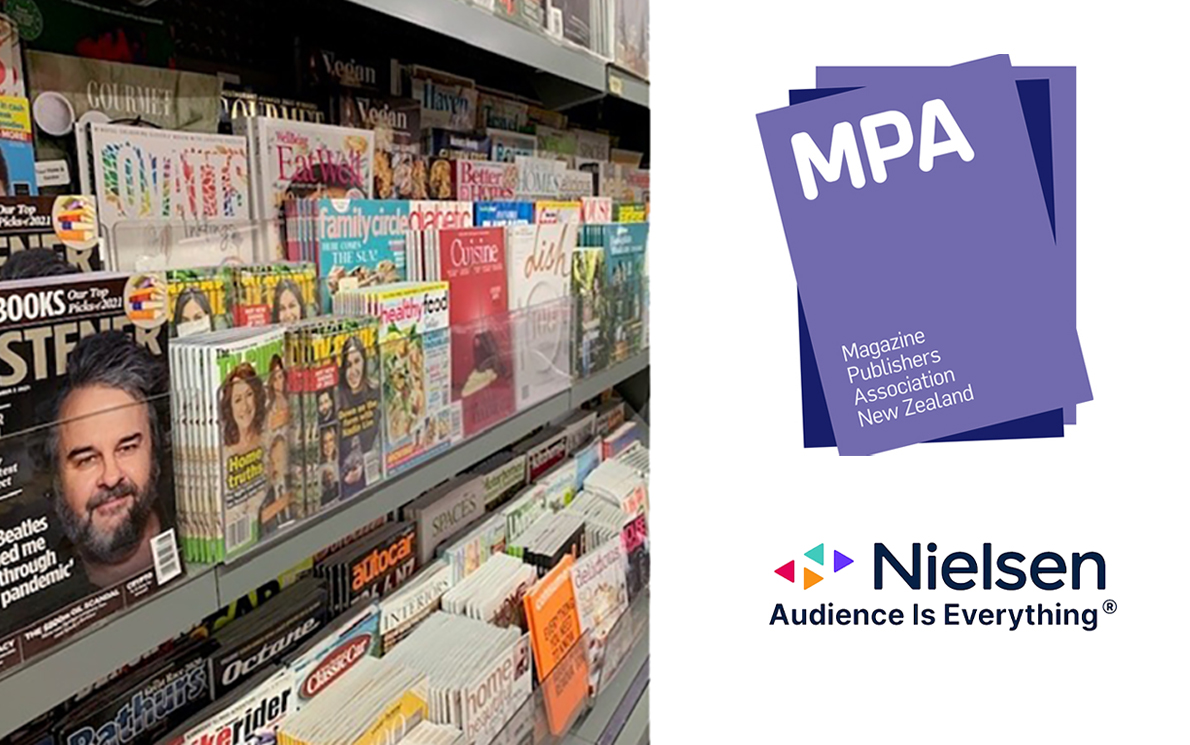 New data from two different sources shows the Kiwi love affair with local magazines continues, with readership and sales both up strongly.

And recent figures from Are Direct – the company who distribute magazines to retail outlets - show sales of all magazines in one of the major supermarket chains were up 14.7 per cent YOY for the three months to the end of September. For local titles only, the story is even stronger, with sales jumping 26.7 per cent over the same period.

“Magazines are trusted, highly engaging and relaxing to read,” said Sally Duggan, executive director of the Magazine Publishers Association. “It’s not surprising that New Zealanders are choosing to invest time and money in them.”

She said the MPA’s own research (Magazines Matter, 2021) showed that 64 per cent of readers say that they find it easy to lose themselves in their magazines, and 90 per cent think magazines provide an important local voice.

Some iconic former-Bauer titles like the NZ Listener and the NZ Woman’s Weekly are back in the latest Nielsen readership release. This is the first new release for the titles, many of which  are now published by AreMedia, since the 2019 Bauer closure.

Other titles which recorded good increases in the latest Nielsen survey were NZ Geographic (up 23 per cent to 411,000); and AA Directions (up 10 per cent to 991,000). Parenting titles Family Times and Oh Baby  were up 39 percent and  21 per cent YOY respectively, and food titles Cuisine and Dish both had  YOY increases.

*Nielsen YOY results compare titles which measured in both periods.